From Mew
Jump to navigation Jump to search 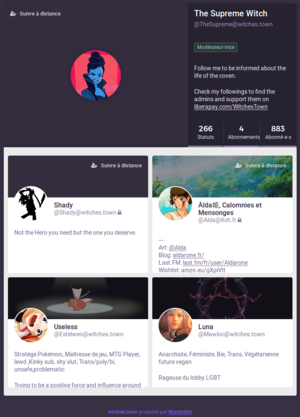 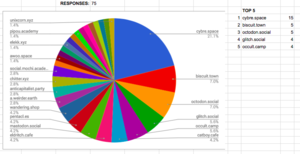 WT had been a somewhat quirky place – e.g. the limit for toots is 666 characters rather than the standard 500, and a pentagram symbol was apparently given to users with exactly 666 followers – with a very loyal membership.

@TheSupreme@witches.town, sysop of the instance, announced on 2018-04-02 that she will be shutting it down on 2018-04-30 – closely followed by a later toot noting that she was unwilling to let someone else take over the service (thus contradicting the "burnout" explanation), but without saying why.

There had previously been a surprise takeover on March 27 in which @TheSupreme removed all the other sysops, giving the following explanation:

Half of the moderation team was thinking of leaving and was not doing much anyway, the other half was getting endlessly stuck in "non-decision wait and see mode". This alone let some heavy shitstorms live their lives.

The thing that made me dissolve the team yesterday was a decision made by an admin to suspend the account of a trans woman based on an old smear campaign pushed by 4 chan with the subsequent support of the majority of the team.

Giving credit to 4chan, the gamergate and the alt-right is never ok. So I stepped in.

The code customizations used by WT are currently still available on GitHub.

The loss of witches.town led directly to interest in creating and supporting more witch-friendly spaces; see witches for a list.

all times are EDST